A Reputation Built on Integrity, Quality and Respect

1960s
Having left the Amish Church in the previous decade, Ammon P. Stoltzfus and his wife Barbara leaned on that rich heritage of hard work and faith in God. In the mid 1960’s, Ammon ironically started an electrical business. Ammon, Barbara, and their seven children worked the sizeable family poultry farm while Ammon grew the electrical business.
1970s
The 1970’s opened a new chapter in the business. Stoltzfus Enterprises Ltd. was incorporated in 1974. Merle and David, Ammon’s sons, joined the company, expanding the custom home building and commercial aspects of the growing enterprise. The company continued to expand throughout the decade, establishing their reputation as a builder of high-quality homes and commercial structures
1980s
As the 1980’s came to an end, Ammon’s vision for both the contracting business and the farm blended together in Summerfield at Elverson – the company’s first large-scale community. For years Ammon told his family, “Someday, we’ll grow houses on this land.” Merle and David took these instructions to heart; many summer days were spent picking rocks out of the stony ground.
1990s
In 1994, Ammon went to be with his Lord. Before he passed away, he handed the reins of the family business to his two sons. Under the leadership of Merle and David, Stoltzfus Enterprises Ltd. continued to grow, and became further established as a builder of high-quality projects in the Chester County area.
2000s
Stoltzfus Enterprises, Ltd. continued to operate as a general contractor, home builder, and full-service realty company. Multiple local residential developments were completed, and the company further entrenched itself as the premier builder in the northern Chester County area. The 2008 economic downturn slowed, but did not stop, the growth of the company.
Today
This decade added the third generation to the business. Through all three generations, the company upholds the values it was founded upon a half century ago. Today, Stoltzfus Enterprises Ltd. maintains a skilled and principled work force, committed to the mission articulated by Ammon years ago. That mission comes from Psalm 127:1, “Unless the Lord builds the house, they labor in vain who build it.”

See what our clients have to say 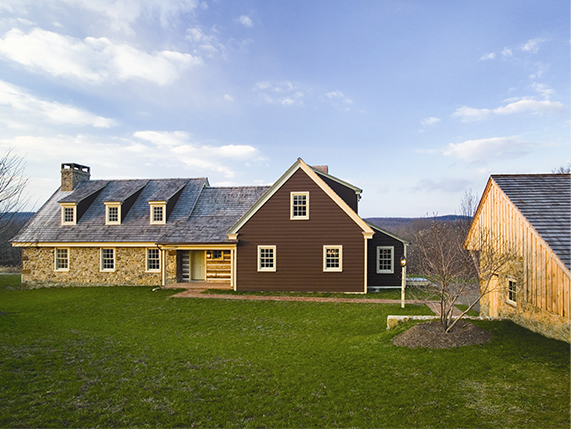 “We have been early settlement residents for 11 years. Olde Bulltown is a haven in Chester County like no other. With its theme of late 18th century architecture and pristine setting in French Creek golf course, it’s like no other neighborhood in the county. Beyond the setting, the workmanship of the homes is remarkable. And beyond the construction, the service delivered by Stoltzfus Enterprises is phenomenal. ANY time there is ANY issue that needs repair or assistance in resolving is responded to without delay and resolved with courtesy and efficiency. We cannot express our satisfaction with anything less than gratitude for finding this early American gem.”
— Bill and Libby

We welcome your questions, or contact us to schedule a no charge new construction consultation.